H Æ N E P is harvested up to the mid flowering stage, which is then cut four to five feet from ground level, ensuring that both the seeds and the fibres are harvested. The plants are then left in the field to 'ret' for about 10 to 20 days. Retting is done either by water or dew.

Water retting is a process where the stems are placed in water, more specifically, in ponds, tanks or streams for approximately 10 days. While dew retting involves laying the H Æ N E P in parallel rows to absorb the morning dew. During this time, the stems are turned at least twice to allow them to ‘ret’ or rot evenly.

In either method of retting, pectin within the H Æ N E P that binds the fibres to the stem’s core is being released, which causes the fibres to separate. The process is complete once the H Æ N E P stalks have become white, and divide easily into fibres, separated from the core, and the stalks are dry.

At the end of the retting process, the fibres go through decortification. Some call this the grassing and scutching step. This is a drying process where the retted
h æ n e p is conditioned as well as freed from wood kernels by squeezing, breaking, & scutching. More specifically, the stems are broken by passing them through fluted rollers. After this, the fibres are de-cored or “scutched” through a process of beating the stems with a beech stick. Alternatively, the stems may pass through rotary ...

After decortication, the h æ n e p fibres are softened using a roller or softener. This causes the fibres to become softer and more supple. Then the softened h æ n e p is combed. During this step, the long fibres are smoothed and “parallelised” with a hackling machine. While this is taking place, woody particles are being removed to produce a “continuous sliver” for the spinning step.

At the end of the combing process, the spinning process begins. This is where the slivers are drawn and doubled, then pre-spun into roving yarns using dry or wet processes. The wet spinning process involves “bobbin, drying and winding” while dry spinning is done through the spinning frames used for spinning flax.
Next, the yarns are bleached with hydrogen peroxide and then boiled in caustic soda for refinement. With these methods of spinning, two types of yarn are produced, one that is short and...

At the scutching and hackling step, the shorter fibres are spun into a coarse yarn using the wet or dry process. At this stage, they are refined and parallelized using carding machines. This is the towing process. Cottonisation is where long
h æ n e p yarns are turned into a texture similar to cotton. It involves removing substances such as lignin and pectin from the yarn. This step uses “elementarisation,” in a similar process to cotton making. 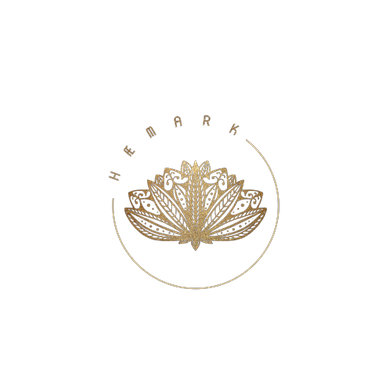 The story of  H Æ N E P is one of rediscovery with a history stretching through the centuries. H Æ N E P's heritage, authenticity, and sustainability combine to make it one of the most sought-after textile fibres of today.